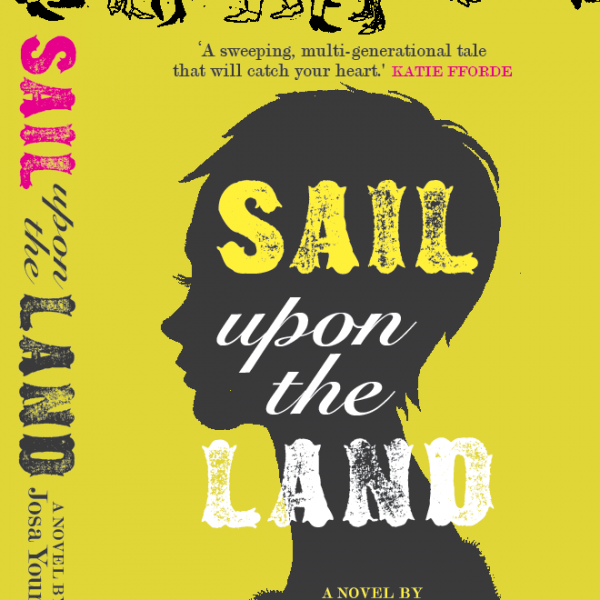 Sail Upon the Land £7.99
Next product

I had the idea for One Apple Tasted while working as a features writer at a magazine in 1995. It came to me suddenly, when a ‘what if?’ thought popped into my head. I had a four-week gap between magazine contracts (I specialised in covering maternity leave contracts at that time).

My friends at the Royal Society of Literature invited me to write in their library – then a huge draughty room with a broken window in Bayswater. It was freezing, and I typed like a fiend for five weeks wearing fingerless mittens, ending up with 100,000 words. It was probably some of the happiest days of my life, almost matching having my babies. I landed an agent almost immediately who was so enthusiastic that I thought my days as a jobbing writer and editor were about to be replaced by a career as a novelist at last.

The publisher Victor Gollancz was very interested, but someone higher up the food chain kicked it out – on the grounds that no one was interested in the upper classes behaving badly (subsequent books and films totally disproved that idea). Rejection after rejection persuaded me to  give up and I asked the agent to stop sending it out.

It languished in my bottom drawer, while I got on with working for magazines such as Tatler, Country Living, Vogue and Elle Decoration and for the Times and the Telegraph. In 2005, I was interviewing the PR guy from  Authorhouse when they first arrived here, about self-publishing for SHE magazine, and he asked if I had something I could upload to see how it all worked.

I wasn’t even sure if One Apple Tasted was in a fit electronic state but found an old floppy disc and managed to get it converted to the right format. When the galleys came back to me electronically I realised it needed a hard edit, and immediately set about doing a second and then a third draft. Then I had fun designing a cover, and writing blurbs, but  just left it, sitting on the Authorhouse website as a PDF without going on to self-publish.

But it was this self-publishing effort that led to it being picked up by Lorne Forsyth, then in the throws of relaunching Elliott & Thompson. I had given him access to the PDF, and this format made it easy for him to get a good impression, which led to an offer of publication. To say this was a wonderful moment would be an understatement. My publisher Mark Searle was a pleasure to work with, and I was surprised when the manuscript came back with what seemed to be quite minor recommendations for change.

Published in 2009, it sold well and stayed in Waterstones for more than four years. There were lots of lovely reviews, including in the Independent. I was writing Sail Upon the Land by that time, and an article I wrote for the Telegraph landed me another enthusiastic agent. I was very wary as I had been burned before, and history repeated itself – many rejections.

Shipping & Delivery
We are sorry but we do not ship to the rest of the world.

Sail Upon the Land